performed by We The Kingdom 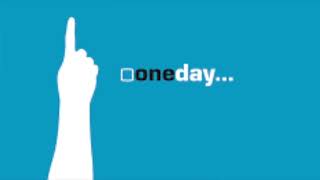 From my earliest memories of the images coming out of Vietnam, to every war since then that has left the lives of women and children destroyed, and the men and women who have served maimed for life or worse.

All that separates us from the grave is the breath God breathed into us:

‘Then the Lord God formed man from the dust of the ground and breathed into his nostrils the breath of life, and the man became a living being.’

But it is God’s breath. Life is holy. That is the common ground of Judaism and Christianity. The first man who fenced in a piece of land, and then said ‘This is mine,’ and found people naïve enough to believe him, was the true founder of society. But how many crimes, wars, and murders, and how many horrors and misfortunes might we have avoided by filling up that ditch, and crying: ‘Beware of listening to this impostor. The entire ethical-legal principle on which the Hebrew and Christian Bible is based is that we own nothing. Everything – the land, its produce, power, sovereignty, children and life itself – belongs to God. We are mere trustees, guardians, on his behalf. We possess but we do not own.

In the Biblical story of Cain and Abel, Cain represents the idea that what I own gives me power. The Hebrew name Baal, the chief Canaanite god has a similar entomology. The root means ‘to own, to possess, to exercise power over someone or something’. That for the Bible is the ultimate idolatry.

The difference between the offerings of Cain and Abel is this. Cain’s offering was intended to bribe God into giving him something in return and that is not the sacrifice that God accepts. The sacrifice of Abel is one borne from humility- in the recognition of our mortality, and that our lives are a vapor (Havel) mere breath. This, as the Bible understands it, is the fundamental conflict within the human condition: the struggle between the will to power and the will to life. Life, down here on earth, is holy, but it is also exceptionally fragile.

Psalm 34 encourages us to “seek peace and pursue it.

My friend and fellow pastor Ron and I put this short video together a few years ago and I hope it will be helpful as you begin the journey to Easter.